Posted on July 8, 2018 By sailingshenemere.com

3-day windward sail to Dominican Republic started off optimistically. However, winds took an earlier than expected easterly turn so once again we find ourselves sailing into the wind; very frustrating. Winds light at 5-10 knots until 4 AM watch however, winds picked up off the coast of Turks and we were healing over 20 degrees. We decided to reef the main which is always a scary operation in stiff winds with a wet deck and at night. We managed to get a third reef in which allowed us to continue to sail 6 knots but with a more comfortable angle. 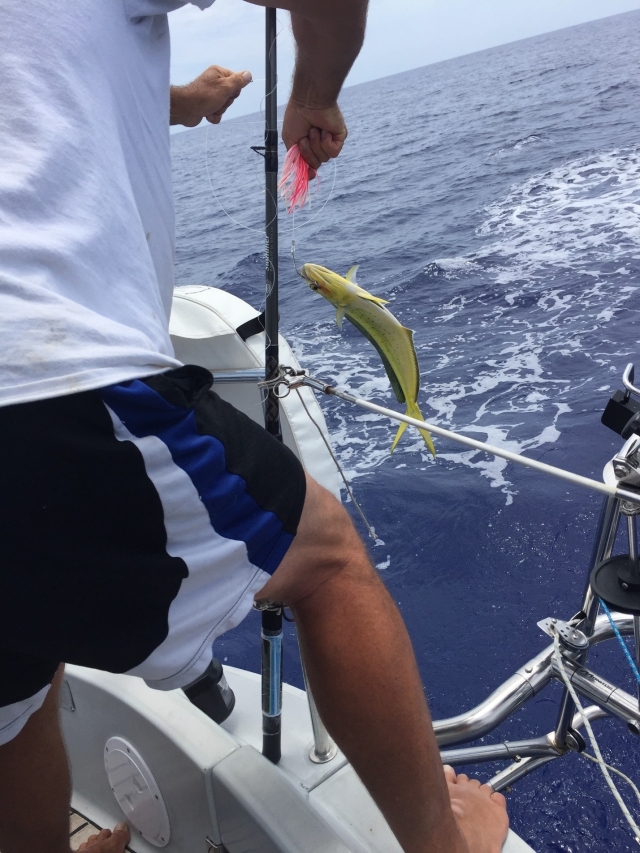 Fishing has been successful: 3 for 3

Dominican Republic as we made landfall 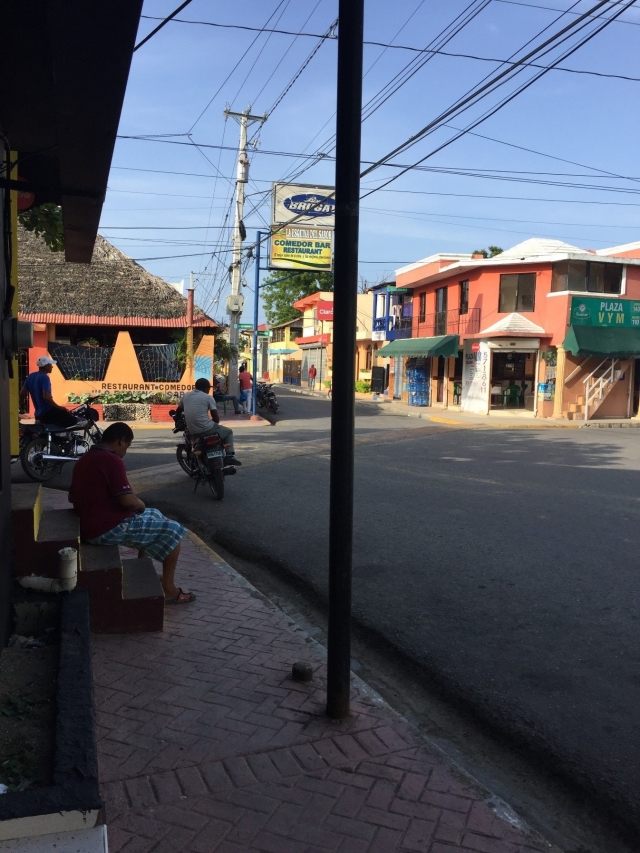 Local mode of transportation is motorcycles; amazing the items that can be transported on motorcycles such as small appliances and large quantities of fish and fruits.

Our second stop after checking in with 5 separate immigration offices: customs, immigration, tourism and agricultural was the local cruising watering hole Wendy’s Bar…Cold Beer and Gringos Welcome!
We met many of the local cruising characters at Wendy’s. Most of them having arrived 10-20 years ago and haven’t left. It took me a while to find the appeal of Luperon outside of it being known as the safest hurricane hole in the Caribbean it is extremely cheap. The anchorage/ mooring situation was a bit precarious as we helped three boats that lost their moorings in the first 4 days we were here; wind blowing a steady 20-30 knots during the day…relentless.

Luperon Navy/ Cruisers to the Rescue
One particularly gusty afternoon the locals decided to tow a powerless derelict “barge” when they lost control of the vessel in the crowded mooring field. The barge had no engine and was swiftly floating through the mooring field bumping boats along the way. Some local cruisers released an unoccupied sailboat from its mooring minutes before the barge slammed into it only to find out the sailboat’s engine wouldn’t start. An emergency call went out to the cruisers in the area to get in their dingys to assist with the sailboat. Once the sailboat was securely moored we made it back to Shenemere just in time to see the barge careening toward us. We were quite helpless standing on the deck with a few fenders out to fend off the approaching barge…not like we would have had a chance against it’s bulk hitting our fiberglass hull. Thank goodness it passed us without incident and continued toward two more boats before it was finally tethered and tied to the mangroves.

Twenty-Seven Waterfalls of Rio Damajagua
27 Charcos the best adventure tourism site in Dominican Republic was only a 40-minute ride with a local taxi from Luperon. Nestled in the beautiful rolling hills of the Northern Corridor mountain range. 27 awe-inspiring pools etched in limestone can be enjoyed with a “guided tour only” so, for $10 each Martin and I hiked 12 of the 27 falls and jumped, slid and swam our way down in the refreshing clean water. The 12-waterfall tour was about 3 hours round trip. Super fun… I’d highly recommend. 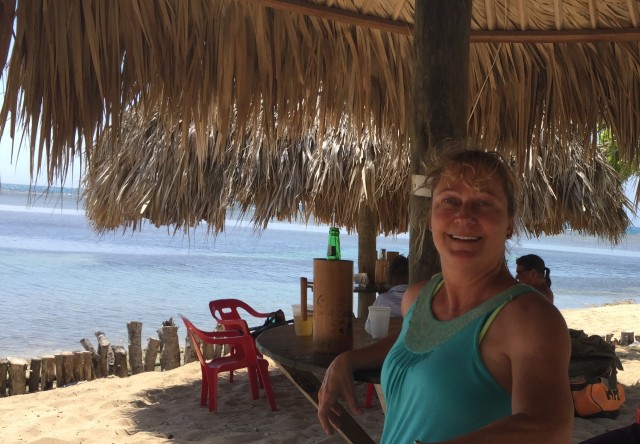